Joey Bada$$ is a young emcee from I believe Brooklyn, New York. At such a young age, 17, Joey Bada$$ is spitting some amazing lyrics. This guy’s music sounds like he was an emcee during the Golden Age of Hip-Hop, which was in the 90s. He recently released a mixtape entitled 1999 about a month and a half ago. The sound of this mixtape is very old school hip-hop, like I said it sound like it was recorded in the early-mid 90s. Even though his lyrics were great on this mixtape, the thing that amazed me were his beats. His beats sounded like something that Nas would have used in Illmatic. The drums and jazzy sounds used in this mixtape felt like Joey disregarded the use of modern day technology and just used old school drum sets. If you like good music and old school hip-hop this is for you, check it out! 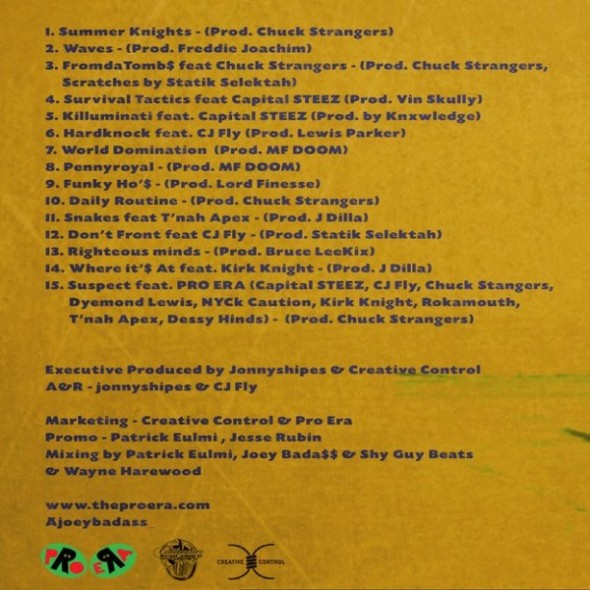 09 Jul This entry was written by markyct and published on July 9, 2012 at 9:04 am. It’s filed under Music and tagged 1999, hip-hop, Joey Badass, mark yacat, Mark's Playlist, Mixtape, Music. Bookmark the permalink. Follow any comments here with the RSS feed for this post.