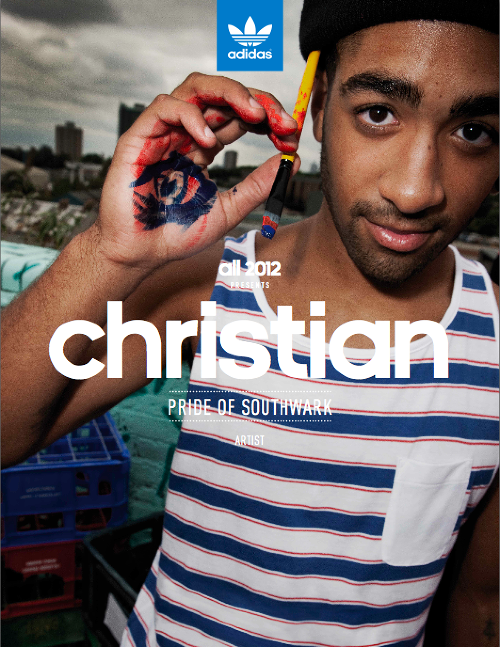 Christian Newell, artist and freelance illustrator from London, recently worked with Jimi Crayon to create the Adidas 2012 Take The Stage olympic campaign. The pictures below show Christian working on his billboard and the final product. Luckily, Christian was willing to speak with ASI. Read our interview with him and check out his website to see more of his work as well as his twitter to stay updated. He is definitely one talented guy. 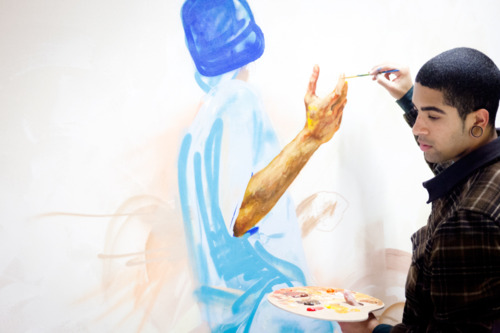 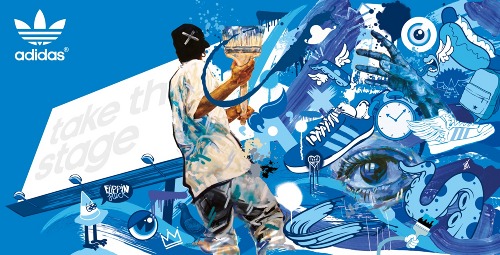 ASI: Why did you get started with your artwork?
Christian: I probably decided when I was in my mothers womb.
How did the opportunity for doing the Adidas campaign come about?
Through a friend!
Tell us about your Jordan series and what the brand means to you from a fashion/art perspective.
I just liked the Trainers and me and my friends were into them. This was back in ’09 so I had the 5s and the 3s and some Spizikes, but I could never afford the 4s.
How did the Urban Outfitters collaboration come about? Is it as popular in London as it is here in the United States?
Again I’ve got a friend who is the display manager at the Oxford Street branch, and he dug my work so he asked me to produce something for the shop and I produced the ‘vultures’ and I’m not really sure what it’s like over in the United States of America. U.S.A I ❤ YOU
What are your opinions on the graphic artist Shepard Fairey and the documentary that’s being done on him. Do you think Fairey deserve a documentary? Does he represent the urban art culture well?
Shepard Fairey is running shit! I mean look at ‘Obey’; every kid aged 14-19 is wearing it. It’s been around for a while but I remember it was so hard to come by when I was younger, even though I’m only 20 so it’s real good to see the brand blowing up!
What has been your favorite job/opportunity that you’ve completed or had so far?
This Adidas campaign for sure!
Finally, do you have any upcoming projects or anything we should keep our eyes out for?
I’m working on a commission for BDO, the accounting firm up in Baker Street, with the ‘somewhereto_’ team which should be interesting! And I’m starting a brand new body of work!

30 Apr This entry was written by goldenwildfire and published on April 30, 2012 at 11:21 am. It’s filed under Fashion and tagged #Takethestage, Adidas, Adidas 2012 Take The Stage olympic campaign, Christian Newell, Jimi Crayon, Mikayla. Bookmark the permalink. Follow any comments here with the RSS feed for this post.